Yes, we will admit that it’s very easy for anyone to use their mobile phone while they drive (especially Police officers) but, if you’re caught with one in your hands while you’re behind the wheel you will be held accountable.

Good or bad, the law is the law and if you’re fond of driving with your phone in your hand it’s time for you to invest in a hands free system for your vehicle or purchase a newer vehicle that already has hands free capabilities built in. 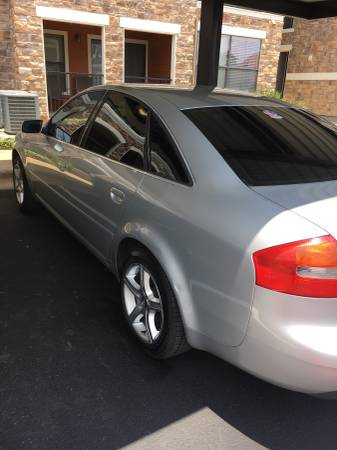 Cell Phones Are Like “Hot Lava” Now, For Oregon Drivers

Mike Massey, a Springfield OR police officer recently shared his take on the new Oregon Cell Phone law and how it’s affecting drivers.

In addition to witnessing drivers talking or texting on their cellphones while driving, he’s seen them writing Facebook comments, using Snapchat to take selfies — even watching pornography.

Massey has pulled over such drivers, lectured them and sometimes written them up for it.

But the 2017 Legislature passed House Bill 2597 this past summer, which broadened and clarified what constitutes distracted driving and increased the penalties for it.

Before the law went into effect Oct. 1, drivers already were not permitted to text or call from a cellphone while driving.

But the new law is a virtual hands-off policy when it comes to cellphone use now, making it illegal to hold or touch a cellphone for any reason, including listening to music or using apps for navigation.

“That thing is hot lava now. Don’t touch it,” Massey said. “I don’t care what you’re doing with it. I don’t care if you’re scratching your face with it. You can’t do it.”

Hands-free cellphone use still is permitted.

Cell phones cradled in a dashboard mount are considered hands-free and are acceptable, but only if the functions in use require just a single touch or swipe to activate or deactivate.

Planning to make a quick call or answer a text at a red light? That, too, is illegal. The car must be safely parked before a cellphone can legally be used.

The first violation of the new cellphone law is a $260 fine; a second violation — or if the first violation involves a wreck — is a $435 fine. A conviction for a third offense can result in six months in jail or up to a $2,500 fine.

Drivers younger than age 18 cannot use any device while driving, even if it’s hands-free.

“I’m glad they changed the law because I’ve heard all the excuses,” Massey said. “’I was changing my music.’ ‘I was checking my clock.’ I’m tired of the excuses; you were using your phone. Period.”

Massey, who has been with Springfield police for 13 years, has been working in a team of three on traffic enforcement for the past three years. Officers Tom Speldrich and Matt Bohman also work the motorcycle patrol.

Massey and Speldrich were working one recent morning on Main Street and then on Gateway Street, stopping drivers spotted with a phone in hand.

“We could literally write tickets all day long. But we’ve seen an improvement since the law went into effect,” Massey said. “I’m sure once the surprise and newness wears off, people will go back to using them.”

How Police Officers Know You’re Using Your Phone While Driving

“Some people have upgraded to hands-free devices but then, there are people who still do it,” Massey added. “They’re still holding their phones, holding them down real low to hold them out of the way, thinking they’re real sneaky.”

Massey shared some of his tricks for how he spots the drivers who think they’re being too sneaky to catch.

“If I see one hand up on the wheel . where’s the other hand? That’s my first thing; find the other hand,” Massey said. The motorcycle officers also observe drivers from places that have a little elevation, he said, to give them a good vantage point for seeing into someone’s car.

During a recent shift, a number of people were pulled over for illegal cellphone use, but most received a warning.

Jodie Bloxham, 35, of Fall Creek was pulled over on Main Street after Massey said he spotted her holding her phone and touching it repeatedly with her finger.

Bloxham at first denied that she was using her phone. But after Massey spotted it on the floorboard, she admitted she was, but said it was just to check the time. However, a clock was visible in her dashboard.

“I didn’t know about the cellphone law,” she finally admitted. “I was running late to my appointment, and I was just looking at the time.”

Before, when he worked as a detective, Massey said he could regularly get criminals to confess to felonies. But in this position, he said, he’s dealing with people who aren’t necessarily accustomed to having their daily habits corrected, and their automatic instinct is to deny any wrongdoing, perhaps because they are uncomfortable.

“I’ve seen people launch their phones out of their cars, catapult them somewhere else inside the car,” Massey said. “I’ve had people tell me they weren’t on their phones; they don’t even have their phones with them. That’s when I get dispatch to call them, and sure enough it’s ringing inside the car.”

Massey said he’s most bothered about people lying to his face about their cellphone use when children are in the car.

“Oh, I tell them, ‘You just put me in a really awkward position ‘cause you’re lying to police in front of your kids,’?” Massey said.

Now that the new law is in effect, Massey said Springfield police are treating everyone as if they have a clean slate, meaning that if a driver had two previous distracted driving tickets for cellphone use before Oct. 1, those do not count in the tally of three tickets equal possible jail time.

“Just don’t do it,” Massey said. “There’s no excuse for it. They haven’t invented an app to drive your car yet.”

Need to have your car towed? Contact Fred’s Auto Removal today by calling us at (503) 810-3061 or click here to connect with us online.